Novena to Our Lady Help of Christians for Meriam Ibrahim 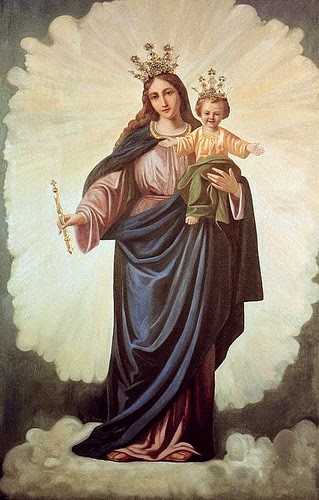 Below please find our Novena to Our Lady Help of Christians for Meriam Ibrahim:

Most Holy Virgin Mary, Help of Christians, how sweet it is to come to your feet, imploring your perpetual help. If earthly mothers cease not to remember their children, how can you, the most loving of all mothers, forget us? Grant then to us, we implore you, your perpetual help in all our necessities. We ask for your unceasing help for all who are now suffering for the Faith, most especially for Meriam Ibrahim. Pray for us, O Mary, Help of Christians, that having invoked you on earth, we may love and eternally thank you in heaven.

Email ThisBlogThis!Share to TwitterShare to FacebookShare to Pinterest
Labels: Novenas and Prayers

Dear Community members,
From the beginning, Catholics have always done all they could to aid and comfort those who were prisoners for their faith. All those who suffer for Christ need our prayers, but some cases demand that we be doers of the Word. On Sunday I spoke of the case of Miriam Ibrahim. For those of you who weren't there, she is  the 27-year-old physician who is in prison in Kartoum, Sudan, condemned to death for her faith. She is in a jail cell with her 18 month old son and is eight and a half months pregnant with a second child. Her legs are shackled, swollen, and bleeding.  About three years ago, she married an American citizen, Daniel Wani, who holds dual citizenship in the two countries and resides in New Hampshire. Earlier this year she  was prosecuted under Sharia (Islamic) law for apostasy from Islam and adultery--since the Sudanese court considers her a Muslim who left the faith. What's more, since Muslim women in Sudan (unlike the men) are not allowed to marry outside Islam, the court also considers her an adulteress.  In fact, Meriam's mother is a Christian and Meriam was raised as Christian after her Muslim father abandoned the family and she claims never to have been a Muslim. The court decided otherwise and sentenced her to 100 lashes for adultery and to be hanged for apostasy from Islam. She was given four days to return to Islam but refused. Once she delivers her baby, probably later this month, she can be flogged--which in itself could endanger her life. Under Sudanese law she will be able to wean the newborn child before being hanged. Their American father will have no claim over the children. So far diplomatic and non-governmental pressure has not had any apparent effect. Please, please, please pray to save this young woman's life, and this young family. Also, please take the time to use some of these links to register a protest with the Sudanese government and to ask for action on the part of our own government.
Blessings,
Father Nicholas A. Milich

Please contact the Sudanese Embassy in the US on her behalf via this link:
http://www.csw.org.uk/savemeriam

We also will be starting a Novena on her behalf which will be posted here this next week.
Posted by Monterey Latin Mass at 2:16 AM

Email ThisBlogThis!Share to TwitterShare to FacebookShare to Pinterest
Labels: Novenas and Prayers, Pro-Life 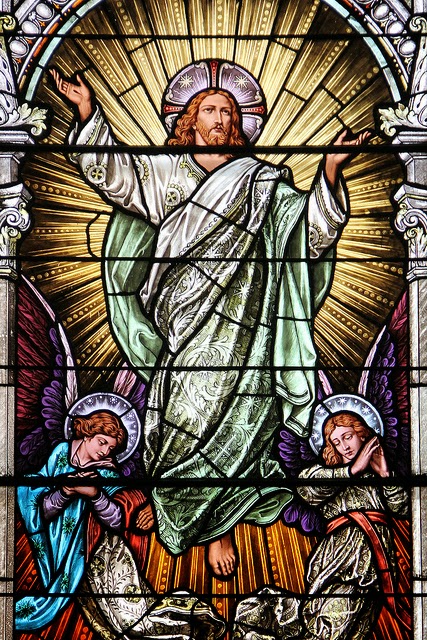 The Ascension of Our Lord celebrates the day that Christ ascended bodily into Heaven, on the 40th. day of Easter. Join us for Low Mass on Ascension Thursday, May 29th., at 6 pm at our Mass site, Queen of Heaven Cemetery Chapel.
Posted by Monterey Latin Mass at 1:09 AM

Novena to St. Isidore for rain 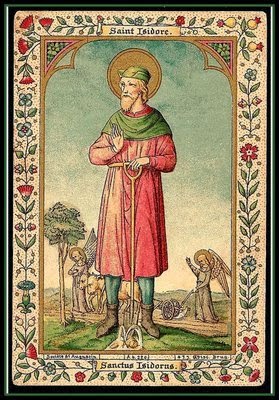 Some members of our community will be starting a Novena to St. Isidore for rain, beginning on May 7th. and ending on his feast day, May 15th. If you would like to join in, here is a link to the Novena prayers for each day of the Novena to St. Isidore: http://www.sscmshiner.org/documents/St%20Isidore%20Novena.pdf
Posted by Monterey Latin Mass at 8:02 PM