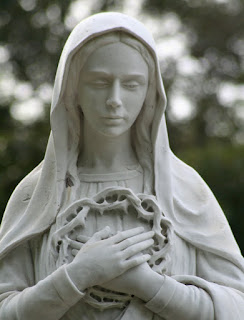 All are invited to our First Saturday Mass on March 5th. at 12:00 noon. Confession will be available before Mass between 11:30 - 11:50 am. After Mass there will be the recitation of the Rosary, and then a Legion of Mary meeting for those that would like to attend.

www.facebook.com/MontereyLatinMass
Posted by Monterey Latin Mass at 3:10 AM 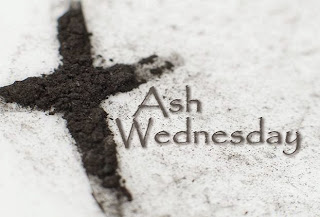 Lent arrives this Wednesday, February 10th. We will have Mass at 6 p.m. with distribution of Ashes. But Lent is also a time for fasting, prayer and penance. Traditional Lenten fasting was rigorous. And even in the 20th century it involved fasting every day (except for an occasional Holy Day). Fasting is not just giving up something like candy. It is usually understood as one normal sized meal a day, and two smaller meals which combined are less than a full meal. Only at that meal was meat allowed. And of course, no meat was allowed on Ash Wednesday nor on any Friday, with the exception of Holy Days of obligation, just as during the rest of the year. Abstinence was required from seven years old on. Fasting applied to those aged 21-59, with exceptions made for the sick, certain workers, pregnant and nursing women, etc. That discipline was in effect until about 50 years ago. Now, fasting is only required on Ash Wednesday and Good Friday (along with abstinence from meat of course on both days). Abstinence is required for those from 14 on, and fasting goes from 18 to 59. So, the LAW of the Church currently does not ask for as much--but people are still free to take on the older discipline. And in fact, most traditional Catholics practice at least part of the older discipline because it is, well, a discipline, undertaken for Christ.
Have a blessed Lent

www.facebook.com/MontereyLatinMass
Posted by Monterey Latin Mass at 12:31 AM