A Letter To Our Community From A Seminarian 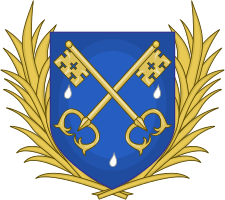 Recently the Monterey Bay Area Latin Mass Community received the following letter from a Priestly Fraternity of St. Peter Seminarian, who credits in part our Latin Mass for his decision to enter the priesthood. Thank you for any support you are able to send him.

I am a first year seminarian at Our Lady of Guadalupe Seminary in Denton, Nebraska. I am originally from Los Osos, Ca (15 min. from San Luis Obispo.) The reason I am contacting the Monterey Bay Area Latin Mass Community is because the High Mass that used to be at Mission San Juan Bautista played an important role in my discernment.
I started to discern the priesthood in August of 2010 after I began to feel an interior calling. At the time I had no clear idea of where God was calling me. I had been going to the Newman Center at Cal Poly and I met some very devout young Catholics. One of my more traditional friends invited me to the Byzantine Liturgy and then to the Traditional Latin Mass. After these experiences, I had a great desire to learn more about the traditions of the Catholic Church. I started to read books about the Blessed Sacrament and the Holy Mass.
Before long, my friend and I planned a trip to San Juan Bautista for the Sung Latin Mass. This was our first time to a High Mass and we were completely amazed, especially by the beautiful Gregorian Chant and Fr. Milich's powerful preaching. After that I definitely felt God calling me to pursue the traditional priesthood. I had been doing much research online and came across the Priestly Fraternity of St. Peter. I was attracted by the seriousness with they placed on the formation of priests and their love for the Traditional Latin Mass. I soon arranged a meeting with an F.S.S.P. priest at their apostolate in San Diego. The meeting went very well and the priest encouraged me to apply to the seminary for the following year. Two months later I visited the seminary. This also went very smoothly. I got along well with the seminarians and was impressed by the formation program. I was most impressed by the reverence of the priests and seminarians.
Upon returning home, I began the application process. I continued to prayerfully discern and I would attend the Latin Mass at Mission San Juan Bautista when I had the chance. In May of 2011 I attended the F.S.S.P. vocation retreat and was accepted to Our Lady of Guadalupe Seminary in July.
Being here at the seminary has been a great blessing. We have daily Mass and we chant Lauds, Sext, Vespers, and Compline in common. The classes have been excellent and I have met many outstanding seminarians.
If any members of the Latin Mass Community are interested in sponsoring
me, if there are any questions, my address is:

The seminarians here are required to provide $7,000 for tuition each year. Any financial contributions would be of great assistance.
My Summer break begins in the end of May and I am definitely looking forward to attending the Holy Latin Mass with the Monterey Bay Area Latin Mass community. Until then I will continue to keep the Latin Mass Community in my prayers.

In Jesus and Mary,
Andrew Rapoport

NOTE:
Fr. Andrew Rapoport, FSSP, was ordained to the Holy Priesthood on May 26th., 2018. You are welcome to watch a video of his ordination here, and read more about it here. Thank you to all who supported Fr. Rapoport throughout the years with prayer and financial help.
If you would like to continue financially supporting Our Lady of Guadalupe seminary, please send donations to:

Posted by Monterey Latin Mass at 1:02 AM